The Prisoner-Priest Behind These Stone Walls 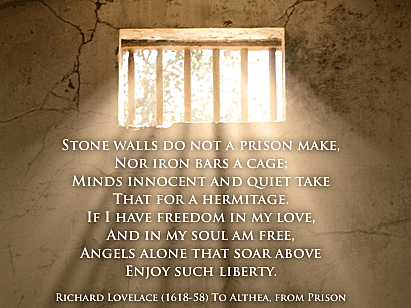 A wrongly convicted priest fights back from his prison cell, and teaches a lesson in fidelity and Catholic witness in the toughest of public squares.

On October 13, 2005, Catholic League President Bill Donohue appeared on NBC’s “Today” show to square off against a panel of contingency lawyers promoting lawsuits alleging sexual abuse by priests.  In the heated debate, the lawyers and litigants painted the Catholic Church and priests with a broad brush as evil, lecherous offenders.  But Bill Donohue had the last word, and it was the most memorable sound bite of the day:

“There is no segment of the American population with less civil
liberties protection than the average American Catholic priest.”
Bill Donohue was referring specifically to the case of Rev. Gordon MacRae, a priest of the Diocese of Manchester, New Hampshire, who by that point had spent eleven years in prison for crimes that a growing number of people believe never occurred at all. What caught Bill Donohue’s attention was “A Priest’s Story,” (April 27/28, 2005) a two-part series on the MacRae case by Dorothy Rabinowitz, a Pulitzer Prize winning investigative journalist on The Wall Street Journal Editorial Board.

Father Gordon MacRae is 58 years old.  Last September he marked 17 years of a life sentence in prison, but if he had accepted any of the “plea deals” offered to him before his 1994 trial, he could have left prison after only one or two years.  This is what makes this case such  “a Kafkaesque tale,”as the Rev. Richard John Neuhaus described it.  If guilty and willing to say so, Fr. MacRae could have left prison fifteeen years ago.  For insisting he is innocent, this priest may spend 67 years in prison for claims – prosecuted with no evidence or corroboration at all – alleged to have occurred almost 30 years ago.
At a time when many Catholics reeled over the scandal in the Catholic Church, Dorothy Rabinowitz took a hard look at the facts of the case of Fr. Gordon MacRae – facts that the rest of the news media distorted or conveniently omitted. The result was a disturbing account of greed, false witness, and, as Father Neuhaus described it in First Things magazine (July, 2009) “a Church and a justice system that seem indifferent to justice.”

The Wall Street Journal series caught the attention of some civil liberties experts and lawyers troubled by the case, and an investigation is near completion.   It has revealed some remarkable evidence of fraud and larceny – and Church officials all to eager to accommodate both – but no evidence whatsoever that the claims against this priest might be true. It is hoped that resources will be raised to bring a new appeal in the case of Fr. Gordon MacRae in the not-too-distant future.

In the meantime, this priest has been writing from the confines of his prison cell, and what he writes truly warrants the Church’s notice.  Sitting in his cell on an empty plastic bucket in front of an old Smith Corona typewriter, Father MacRae has produced some remarkable writing about the scandal of the last decade, about the Church in Western Culture, about fidelity, false witness, and prison itself.  His typed articles are mailed to a supporter in Indiana who scans and e-mails them to Australia from where they are posted on-line.

It’s the most arduous cyber-process even, but the amazing result is These Stone Walls an eye-catching, conscience-grabbing blog that is both riveting and spiritually uplifting.  This blog’s fidelity to the Church, and to the truth, has been deemed by many to be the finest example of priestly witness the last decade of scandal has produced.

In November 2005, The Catholic League journal, Catalyst, published the first of two major articles by Fr. Gordon MacRae about the scandal in the Catholic Church.  “Sex Abuse and Signs of Fraud” was a well-researched account of how some have taken advantage of the Church’s scandal to score windfall settlements based on fraudulent claims.  The article made its way to the late Cardinal Avery Dulles who wrote to the imprisoned priest:

"Your article is an important one, and hopefully will be followed by many others.
Unfortunate though your situation is, you are in a position to carry on an
effective  apostolate on behalf of unjustly accused priests.
The time is bound to come when the tide will shift and even the bishops will be
ready to hear the priests' side of the story. The change will come, but not before
the public is prepared for it by articles such as yours. Your writing, which is clear,
eloquent, and spiritually sound, will be a monument to your trials."

It seems that tide is indeed shifting.  These Stone Walls was recently honored by Our Sunday Visitor’s “2010 Readers’ Choice for the Best of the Catholic Web.”  In recent months, These Stone Walls has been noticed in The Catholic World Report, Catalyst, The Catholic Response, Homiletic & Pastoral Review, and has become a growing presence in the important arena of evangelism and Catholic commentary on the World Wide Web.  The Catholic League for Religious and Civil Rights has highly recommended These Stone Walls to its members.

These Stone Walls and Fr. Gordon MacRae’s defense are endorsed and sponsored by the National Center for Reason and Justice , a Boston-based organization whose board of lawyers, journalists, and wrongful conviction specialists examined and unanimously approved the case of Father MacRae for sponsorship.  These Stone Walls is also endorsed by numerous civil liberties and wrongful conviction organizations and websites.

Perhaps the most remarkable aspect of These Stone Walls is what is not found there. The Lord has accomplished within this priest exactly what Cardinal Avery Dulles predicted.  These Stone Walls portrays articulately a spirituality for the wrongly imprisoned, and it does so with grace, dignity, and a challenge to all of us to seek justice upon the high road.  An example is this closing paragraph from Fr. MacRae’s recent, superbly written three-part series, “When Priests Are Falsely Accused.” His blog post challenged one accused priest who responded to his own plight with anger and vindictiveness:

“It’s ironic that this priest is often angry with me because he doesn’t think I am angry enough.
I assure you, he is wrong on that score.  But being angry and feeling let down does not excuse
me from doing the right thing.  It does not excuse me from fidelity to the Gospel, fidelity to the Church, and fidelity to my own sense of right and wrong.  At the end of the day, I am still
wrongly imprisoned, but I have the freedom to choose the person I am going to be while
wrongly imprisoned.”

No priest should be required to sacrifice his life to satisfy the demands of lawyers, insurance companies, and a rabid news media feeding on scandal.  The case of Rev. Gordon MacRae opens a new chapter in the story of scandal in the Catholic Church.  Have a long, hard look at These Stone Walls for a story of faithful priestly witness in the toughest of public squares.