A BOMBSHELL OF INJUSTICE IN KEENE, NEW HAMPSHIRE!

It's true that there has been a cover-up in the Catholic clergy sex abuse scandal, but it's not the one you think.  It happened 20 years ago in Keene, New Hampshire.

Every time I write about this story, my Inbox fills with messages from readers stunned and appalled by the facts of the 1994 trial of Fr Gordon MacRae.  A minority pose questions such as "How do you know he is innocent?" to which I usually reply, "What makes you think he may not be?" Then the tirades begin, but they never answer my question. 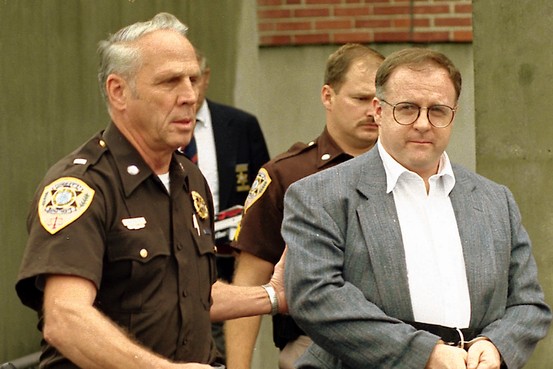 Those who labor to suppress this case of false accusation preface their answers with statements like, "Priests did terrible things and bishops covered it up!" "We all know these priests are guilty," and "The Catholic Church is a child raping institution!" (from a SNAP member).  The prevailing logic here is that Father MacRae went to prison in 1994 for the sins of the Church, the sins of the bishops, and the sins of the priesthood.  For many silent Catholics who just want to move on from The Scandal, that is okay.  It is not okay.
In the trial of Father MacRae, the sole evidence was the word of Thomas Grover, a 27-year-old, 220-pound man with a criminal rap sheet for assault, theft, forgery, and narcotics charges - all kept from the jury by Judge Arthur Brennan.  Grover had a long history of drug abuse, and gained nearly $200,000 for "telling a lie and sticking to it," as his ex-wife describes his testimony. His ex-wife also says, today, that he punched her and broke her nose before the trial.
And yet throughout this case, with all these factors in plain sight of everyone but the jury, not one  person questioned whether this man might be lying for money.  Not the zealous detective who today reportedly responded to the question of injustice with one of his own: "Why didn't MacRae just take the plea deal?"  Not the two prosecutors, one of whom was fired after this trial while the other later committed suicide.  Not Judge Arthur Brennan who sent this priest to prison for decades while citing evidence that no one has ever seen, evidence that never existed.


Nor was the possibility of lying for money ever openly considered by anyone in the Diocese of Manchester when they wrote six-figure checks to pay Grover and his brothers off.  By the time it was all over, Thomas Grover, Jonathan Grover, David Grover and Jay Grover - all "remembering" their claims in the same week over a decade later - emerged from the case with combined settlements of over $650,000.  MacRae took, and passed, two pre-trial polygraph (lie detector) tests in this case.  Thomas Grover and his brothers never assented to take a polygraph.
Read the rest of this riveting story:  "Bombshells and Black Ops in the Father MacRae Case"