A Small Glimmer of Justice Found in The Fisher's Net Awards

These Stone Walls, the blog of falsely accused priest Fr Gordon MacRae, is a finalist for The Fisher's
Net Award for Best Social Justice Site, an ironic achievement given that justice is denied this priest.


In the sometimes dark forest of Internet research, I came upon a ray of light one day, an online endeavor called The Fisher's Net Awards.  It's an international effort to recognize the finest website or web presence, in any of ten categories, that best represents the mission and teachings of the Catholic Church.  According to The Fisher's Net Awards website, "nominees must exemplify excellence in online media utilising creative use of design and technology or exceptional content."

I went to The Fisher's Net Awards site and did some exploring.  While there, I decided to nominate These Stone Walls for the category of "Best Blog."  I thought it would go nowhere, and nowhere is exactly where it went. There are some 20 million blogs and thousands of them describe themselves as Catholic blogs.  I thought the sheer volume of competition would overwhelm my nomination of the blog of a priest unjustly in prison.

The nominations for this award closed on September 8 so I went back there to have a final look. Sure enough, These Stone Walls was missing from the long list of finalists in the "Best Blog" category.  I spent some time reviewing the sites listed, and voted for the Catholic blog I thought best fit the criteria for exceptional content even though it wasn't the one I nominated.

Then I opened up a few other categories to scroll through their list of nominees.  When I looked at the nominees for "Best Social Justice Site," I was startled to see These Stone Walls listed among the five finalists. I voted again, thinking I might be in a tiny minority.

A week or so later, I began to come across some social media buzz about this category so I went back to it.  I was shocked to see the voting tally for These Stone Walls stretch all the way across the page with more than 70% of the votes.  I can only attribute this outpouring of support to one thing:  among the hearts of Catholics, there are many who recognize the need to bring some small glimmer of justice to the story behind These Stone Walls.

This is not the first public acclaim that the consistently exceptional content at These Stone Walls has produced.  But it is the first main stream Catholic recognition on an international scale.  Please lend your support to this endeavor by visiting The Fisher's Net Awards, by reviewing the nominees, and by voting in each of the ten categories listed there. Please also spread word of this effort among your social media contacts.

And if you deem it worthy, please join the votes and voices of many in recognition of These Stone Walls, a voice in the wilderness that raises the bar in the Catholic online world.  You can vote only once in each category, and voting closes on December 1, 2015. 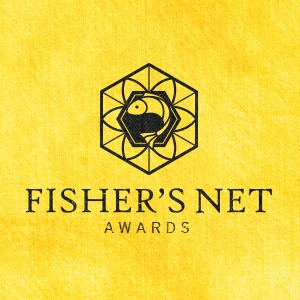