A Dark Age for Priests: Bishops as Judge, Jury, Executioner


By Ryan A. MacDonald

As a national spotlight is on New Hampshire's First in the Nation Presidential Primary, Bishop Peter Libasci chose this moment to deny the civil rights of his priests. 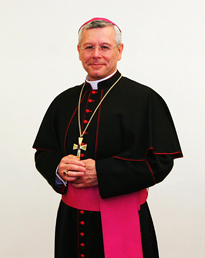 In August, 2019, Bishop Peter Libasci of the Diocese of Manchester, New Hampshire, published a list of the names of priests "credibly" accused in that state over the past fifty years.  The bishop cited "transparency" as his reason.

The list contains the names of 73 accused priests. More than half are deceased.  Only five of the 73 ever had a case for prosecution before any New Hampshire court.  All of the claims alleged abuse from three to five decades ago.  All were brought with financial demands resulting in secret settlements from the Diocese.

Bishop Peter Libasci's published list was generated by a one-sided grand jury investigation of the Diocese launched in 2002.  That investigation treated all claims in civil lawsuits and other demands for settlement as "credible" with no standard of evidence.

Bishop Libasci's press release also revealed that the claims against all 73 priests were determined to be "credible."  This is a standard that the United States bishops adopted at their Dallas meeting in 2002.  "Credible," as the bishops are applying it, means only "possible."  If it could have happened, it's credible.  A 2003 grand jury investigation report that a previous Bishop of Manchester agreed to publish was the source for the list.

My article cited above was followed by a related article by Fr. Gordon MacRae, a priest of the Manchester Diocese whose name appears on his bishop's list.  The list was published by a diocese whose previous bishop told others in secret that "I firmly believe Father MacRae is innocent and should not be in prison."

Father MacRae's article is "A Grand Jury, St. Paul's School, and the Diocese of Manchester."
From reports I have seen generated by These Stone Walls, the article was heavily read around the world, most notably in Washington D.C., at the Holy See, and throughout Rome.  In New Hampshire, it was the most-read article of the year at These Stone Walls.

My article, "In the Diocese of Manchester; Transparency and a Hit List," focused on injustices behind the scenes in a decision of the Bishop and Diocese to publish that list anew.  Father MacRae's remarkable sequel brought to light a judge's ruling that publishing these grand jury reports - and by extension the Bishop's list of names - is barred under New Hampshire law.

THE DARK SIDE OF THE DALLAS CHARTER

It is disturbing that the decision of Bishop Peter Libasci to publish the list of accused priests took place just days before the above Order by Judge McNamara was issued.  This is ironic and highly suspect.  It seems many U.S. Bishops are listening to their lawyers more than they are listening to the Pope.

On February 21, 2019, six months before Bishop Libasci threw his accused priests under the bus, Pope Francis signed a set of guidelines for bishops to follow on how allegations of sexual abuse by priests should be handled.  The list included 21 points that Pope Francis asked the bishops to observe.  Here is Point #14:

Rev. Thomas Guarino, Professor of Systematic Theology at Seton Hall University, has published what I consider to be a landmark article entitled "The Dark Side of the Dallas Charter."  (First Things, October 2, 2019.  Father Guarino characterized the 2002 Dallas Charter - the operable document under which accused priests are removed from all ministry:

Father Thomas Guarino points out that Pope Francis has been reluctant to invoke the term "zero-tolerance."  The Wall Street Journal  reported that of the 20 countries in the world with the largest Catholic populations, only the Bishops of the United States adopted a policy of zero tolerance for priests accused.  If any other American citizen were subjected to such standards for being shamed on public lists, lawsuits would soon follow.

After the Dallas Charter was enacted at the 2002 U.S. Bishops' Conference in Dallas, the late Father Richard John Neuhaus interviewed an American prelate who was one of the unnamed architects of the Charter.  Father Neuhaus quoted him in a First Things article:  "It may be necessary for some innocent priests to suffer for the good of the Church."  That prelate, according to Father MacRae was Cardinal Theodore McCarrick.

"Zero tolerance" is an insult to Catholic theology and to our priests who are disenfranchised from their priesthood on the whim of a bishop after being accused.

"Transparency," however, as invoked by Bishop Peter Libasci and other bishops, is an insult to all the rest of us who have waited in the dense fog they call "transparency" for the Church to reflect the mirror of justice this world needs Her to be.

Note:   A more complete version of this post by Ryan A. MacDonald was published at These Stone Walls under the title,

Our Bishops Have Inflicted Grave Harm on the Priesthood

Other recent articles on this story include: