NH Detective James McLaughlin on a List of Dishonest Police 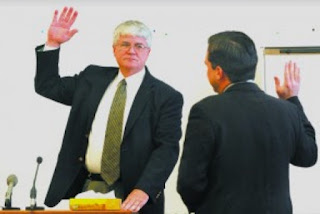 For 28 years Fr. Gordon MacRae said that NH Detective James McLaughlin falsified police reports. It turns out that he has been on a secret list for doing just that.

Attorneys Barry Scheck and Peter Neufeld have long asserted that police and prosecutor misconduct played a significant role in the spate of wrongful convictions that have badly stained our justice system.  It seems that not a week goes by without a media story about a man or woman exonerated and released after being wrongly imprisoned for years or decades.  At his acclaimed blog from prison, Father Gordon MacRae recently analyzed one such heart-wrenching account in "For the Lovely Bones Author Alice Sebold, Justice Hurts."

According to Scheck and Neufeld, "in 64-percent of exonerations analyzed by the Innocence Project, professional misconduct by police or prosecutors played an important role in convictions.  Lies, cheating, distortions at the lower levels of the system are excused at higher ones" (Actual Innocence, p. 225).  A focus on policing in the aftermath of the murder of George Floyd at the hands of Minneapolis police officer Derek Chauvin has made police misconduct a lot harder to ignore. This is not about a bias against police. No one is more offended by a bad cop than a good cop. The vast majority represent their profession with both honor and honesty.  But one did not.

Over 28 years of wrongful imprisonment at the New Hampshire State Prison, Fr. Gordon McRae has consistently asserted that the case against him was built on lies, cheating and distortion on the part of accusers aided and abetted by a dishonest police officer.  Just as Barry Scheck predicted, those assertions have been ignored or explained away at higher levels of the justice system by judges with a clear bias in favor of police and against defendants - and this defendant in particular.

The last judge to preside over a Habeas Corpus petition to review new evidence and witnesses in the MacRae case allowed errors that I wrote about in "A Grievous Error in Judge Joseph Laplante's Court." That judge, like too many others, was a career prosecutor before his appointment to the federal bench.  He was honored by New Hampshire Magazine in 2003 as "New Hampshire's Top Prosecutor."

In addition to the new evidence and witnesses that this judge declined to hear, much of Father Mac Rae's Habeas Petition that came before his court was about Keene, New Hampshire sex crimes Detective James McLaughlin and the shady tactics he employed to investigate, prosecute and convict MacRae in 1994.

Now it turns out that Detective McLaughlin was sanctioned for "falsification of records" in 1985, nine years before MacRae's trial.  Under a U.S. Supreme court precedent, prosecutors were obligated to reveal that fact to Defendant MacRae and his legal counsel.  They did not.  This is especially egregious because a central issue in this case has been the falsification of police reports and witness tampering. You might think that this priest wrongly imprisoned for the last 28 years should not be the one to write about this because he has a liberty interest.  There has been no one so severely impacted by this story than MacRae himself, and he exposed it brilliantly in a recent post at Beyond These Stone Walls. If you care at all for the integrity of justice in America, read and share this riveting post by Fr. Gordon MacRae  "Predator Police:  The New Hampshire Laurie List Bombshell"

I have also composed a follow-up article on this troubling matter entitled "Police Misconduct:  A Crusader Cop Destroys a Catholic Priest" 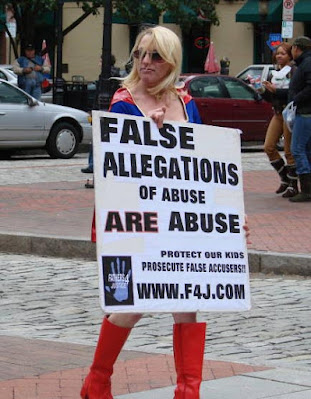